One Helpful Way to Think About JavaScript Decorators 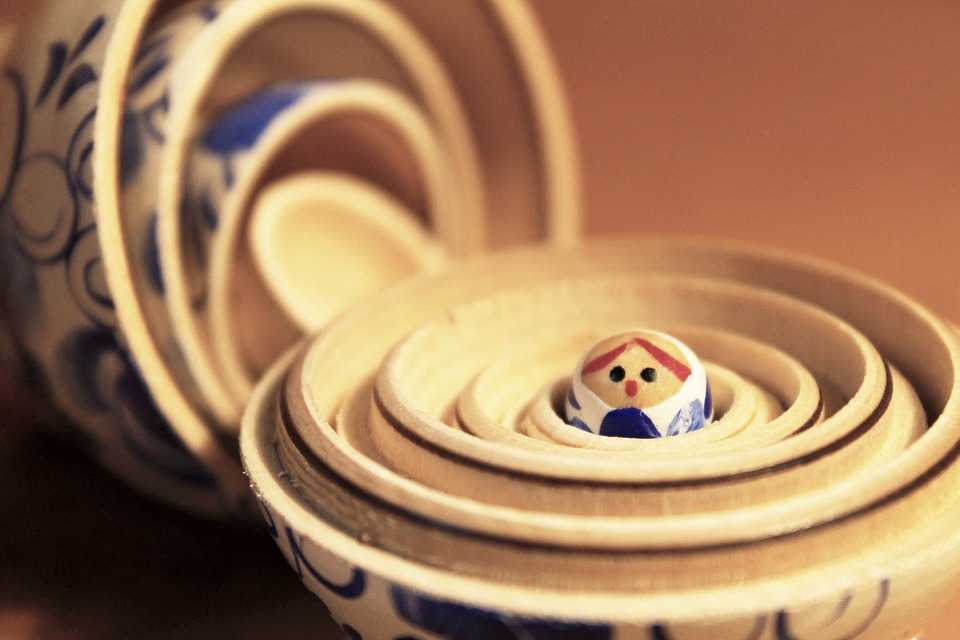 It is an important question; one many tutorials rush past in their hurry to talk about the what and how. Of course, after being exposed to enough doses of what and how, you can usually piece together why, but in my experience it saves time to just hear it up front. I'd like to share one of the ways I've come to think about decorators and how it's helped me think about when to use them.

So like every good meta-discussion of JavaScript, let's start by talking about Clojure. Don't sweat it if you don't know Clojure, that's totally ok. The examples are very simple and only there to illustrate a bigger point.

Anyway, back to Clojure...

In Clojure, one way to associate a name with a value is to use the def form:

After that declaration, subsequent code can refer to the string "hello computer" just by using the symbol message instead.

The ability to associate names and values is a pretty handy thing in programmming, and it turns out you can do something very similar in JavaScript too. You might write something like this:

Another thing that Clojure has support for is function values: functions that can be passed as either an argument to, or the return value from, another function. You can declare a function value that adds its operands together with the following syntax.

Not to be outdone though, JavaScript also has support for first class functions, and it's syntax is even a little more concise than Clojure's too! This is it here.

Both of these are examples of anonymous functions. Function values that can be passed around as one-offs to other functions. It's handy, but sometimes it's not enough.

Often what we want is to associate a name with a function so that we can call it again and again. In the same way we associated the name message with the string value "hello computer" so that we could access it repeatedly just by referring to message, we can associate a function value with a symbol so that we can reach for it over and over just by remembering its name. To do that, we use the two constructs just introduced (def and fn):

Just like before, a parallel construct exists in JavaScript. No suprises there.

But of course, this pattern of associating a name with a function is so prevalent that both Clojure and JavaScript have a special syntax to both declare a function and associate it with a name in one fell swoop. In Clojure you use defn (literally the conjuction of def + fn)

And you're probably already familiar with how it's done in JavaScript with a function declaration.

There's a point to this. I promise.

So I just explained named functions in both Clojure and JavaScript. Big whoop.

It's such a simple idea and an equally simple mechanism. And on the surface they seem equivalent in both languages, but there's one key difference between the way the named function syntax works in JavaScript and the way it works in Clojure. Both syntaxes declare a function value, and both associate that function value with a name so that it can be referred to later.

A Macro Says What?

That bears repeating. In JavaScript, the syntax is implemented by the JavaScript parser and interpreter. More than likely that means baked in with some C or C++ code somewhere. Beyond the implementation, it means that there needs to be a specification for the syntax as part ECMA standard so that any of the multiple engines can be sure to get it right.

Contrast this to Clojure in which the named function syntax is nothing but more Clojure code. It's easy to understand not only for programmers, but also for any alternative implementation of Clojure (such as clojurescript). It's a nifty trick that saves time, adds clarity and eliminates ambiguity. How does it work? The answer is macros.

The second thing that makes a macro function special is that it doesn't run when the rest of your program does; it runs when your program is being compiled. When the compiler encounters a macro, it calls it, and then replaces the macro with the code that got returned.

In fact, this is how the defn macro works. It literally replaces

The point here is not to geek out too hard on Clojure macros, but to show just how much more you can do with so much less when your language has first class support for transforming code into other code. Large swaths of what we think of as Clojure syntax is actually defined with Clojure. The syntax it does have baked in works harder. There's no need to change the way the compiler works, and certainly no slog through a potentially contentious specification by committee.

Decorators to the rescue

The answer is that with decorators we can... almost. To be clear, decorators are not lisp macros. They're less powerful and they operate in a much smaller niche. But even so, they're an exciting development because there is just enough overlap with macros to make them helpful in the same kinds of situations.

Like a macro, we can use this to add the new syntax we always wanted to our JavaScript classes.

For example, I've often wished that there were an immutable keyword in JavaScript that made it impossible to change member data of an instance once it was constructed. Wouldn't it be great if you write a class like this?

I think that would be awesome, and if you feel the way I do, then you've got two options:

A. Begin your submission to the TC39 (you'd better get on it if you want to hit your deadline in three weeks!)

B. Do it now with decorators.

The class we see has this constructor:

But the class we want has this constructor:

If we can write a function that takes the former and returns the latter, then we're in business. Luckily, this is pretty straightforward. In order to make an immutable version of any given class, we can extend it, and then make a call to Object.freeze after invoking the original constructor.

We now have a function that returns an immutable version of any class, and so now we can just use it as a decorator; almost like we were creating our own syntax.

Our JavaScript interpreter will see this and transparently convert the Circle class that we see into a different one; one that prohibits any mutation of its member data after construction.

Decorators aren't just for entire classes. They can be used to enhance individual members of as class as well and transform them transparently into something more powerful. For example, since the area of the circle is a computed property, it won't be enumerable by default.

That doesn't seem quite right. Shouldn't area be in there too?

What would be really nice if if JavaScript had a keyword to make any property enumerable. E.g.

With this in hand, we can mark the area property as enumerable, just as though the syntax had existed the whole time.

Declared this way, circles will let you know that they have an area in addition to a radius:

And that's it! My goal with this brief tour of decorators isn't to show you the ins and outs of how they work, but to share a helpful way to think about them and when they might be the right tool to reach for. While decorators are not lisp macros, it's useful to think about them as a spiritual grandchild in the sense that their biggest power is to transform the primary artifacts of your code before the rest of your program sees them. Rather being locked into a given syntax, the interpreter is open to extension, and you can negotiate with it for a new set of semantics.

In a way, by including decorators and allowing them to stand in for many of the use-cases where a new syntax might otherwise be desirable, the ECMAScript specification is firing itself from its primary responsibility of evolving the core language. What previously might have taken months or years, can now be done in a matter of minutes or hours; a huge roadblock gone that has historically stood in the way of progress.

For individual developers, decorators let us work with a lighter touch; applying just a little bit of new syntax to make big transformations, but all the while preserving the core intent and readability of our code.

I’m Charles Lowell (@cowboyd on twitter), and I build UI for a living at Frontside. If you enjoyed this, I’d love to hear from you. We're always hiring and looking for exciting new work